Sapphire CEO looks at the future of fuel

When Cynthia (CJ) Warner ditched her comfy executive role at a big oil company to pursue a startup that produces crude oil from algae, people thought she was crazy — but she’s never looked back.

“It has been fantastic,” she said, of her current role as CEO of Sapphire Energy. “I’ve done a lot of exciting things in my career but this holds the most potential for making a profound difference.” 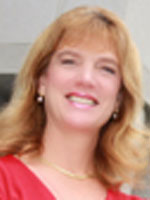 “I got passionate about the concept of needing to develop a renewable source of energy. I got really worried about what the future would hold for us,” she said.

Warner quickly worked her way to the top of Sapphire. She joined the company in February 2009 as president, and was named chairman in May 2010 and CEO in April 2012.

The company recently began operating the first phase of its 300-acre commercial demonstration green crude farm — also known as an integrated algal bio-refiner — in New Mexico, in partnership with the U.S. Department of Energy.

She brings more than 27 years of experience in the energy, refining and transportation industries.

“We’ve been really excited and gratified to have raised $300 million in five years, some from the U.S. government and much from private funds,” she said.

Still, they are always looking for more money.

“A startup is always in fundraising mode,” she points out.

Warner, a member of the National Petroleum Council, has a B.S. in chemical engineering from Vanderbilt University and an M.B.A. from Illinois Institute of Technology.

A chemical engineer by training and one of the few senior women in the oil and gas industry, Warner also served as an executive with energy industry giants Amoco Oil Company and UOP in addition to British Petroleum.

“Having learned what I learned in the oil industry, I applied that to making a difference,” she said. “It has the potential to change the world for the better, not to rebuild infrastructure and change everything, which would be expensive and an environmental issue.”

Last fall, Sapphire entered into a strategic partnership with the Institute for Systems Biology to further the scientific research and development of algae biofuels to significantly increase oil yield, and improve resistance to crop predators and environmental factors.

“Algae is becoming more recognized as having tremendous potential for making a positive difference. Many individuals are studying it, improving existing technology and coming up with breakthrough ideas,” she said.

There are other commercial ventures and startups focused on algae, but Sapphire stands out from the pack because of the end-to-end process it’s developing.

“We are also out in front in terms of commercialization. Our facility is by far the largest,” she said.

In early 2013, the company will publicly announce a new executive.