While gloom and doom in the banking and real estate markets were capturing the lion’s share of media attention, the triumphs of Kennedy Funding steadily continued. During a period that saw many competitors close their doors, Kennedy Funding has reached the $2 billion mark in commercial real estate bridge loan closings — many of which were made to return clients — back for their second or third loan from the nation’s leading direct private lender.

Kennedy’s loans continue to span a range of sizes and types. One of the few lenders that will even consider raw land loans, Kennedy’s recent deals also involved note purchases, construction, acquisition and development, as well as projects in multifamily residential, retail, office, hospitality and industrial development.

Kennedy’s formula for success remains largely unchanged — they are usually able to close the deals that other lenders can’t, or won’t. Rather than limit its decision criteria to scores and numbers, Kennedy continues to look at the specifics and circumstances of each deal individually. As a result, Kennedy has pioneered what has become known as “situational lending.” 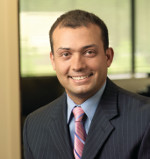 “The economy has actually brought attention to our biggest strength right now — the fact that we are closing loans. We have the funding, we have the capability,” said Mark Falzone, senior loan officer at Kennedy Funding.

"While other lenders are scrambling to remain afloat, we’re working on some of the most interesting deals we’ve ever had. We’ll look at all properties and scenarios. And if it’s feasible to close the loan, we’ll be the ones who can do it.”

Speed has also been one of Kennedy’s perennial strong points, and the company is still able to issue commitments in as little as 24 hours and close in days, not months.

Mark Falzone of Kennedy Funding will be attending the Mortgage Bankers Association’s Commercial Real Estate Finance/Multifamily Housing Convention and Expo at the Manchester Grand Hyatt on Feb. 4-6, 2013. He can be reached at (800) 342-8500 or (201) 954-9578. kennedyfunding.com