By Tony Lovitt, Special to The Daily Transcript
Thursday, January 31, 2013

The history of San Diego isn't contained solely in books or museums. In fact, an interesting lesson in one aspect of San Diego history -- its commercial real estate -- can be gleaned merely by driving through the city's sub-markets of Kearny Mesa, Miramar and Sorrento Mesa. And, if you ask Tim Hoag, a senior director of commercial investment property sales in the Golden Triangle office of Cushman & Wakefield, its bright future can be seen in Poway, Rancho Bernardo and along the Interstate 15 corridor.

"Start in Kearny Mesa, which was really our first industrial market, built in the '60s and '70s. As growth moved north into Miramar, you see a change in the quality of the buildings and how they were built," said Hoag, who has more than 22 years of experience in commercial real estate.

In contrast, Hoag cites the new, 129,765-square-foot Hoist Fitness Systems headquarters facility and any of several General Atomics buildings in the Poway Business Park as best-of-class commercial real estate developments that exemplify the options available along the I-15 corridor. 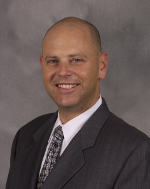 "Poway has always done very well. It's a high-demand market," Hoag said. "A lot of that is attributed, granted, to one user, General Atomics, making the unmanned aerial vehicles (drones), which is obviously where the military wants to spend their money these days, on UAVs. So, they're projected to continue to grow rapidly over the next 10 years."

The Poway Business Park, which is also home to big-box retailers Costco, Home Depot and Kohl's, recently scored a major coup when Hoist Fitness Systems, a manufacturer of strength-training and indoor cycling products, moved into its new facility in late December.

"Our land basis on the Hoist facility was $18 a square foot. [Cushman & Wakefield] were able to deliver a final project cost that was better economics than what they had been paying for a building that was 30 years old. It's been at least 10 years since we've seen anything of this magnitude built in the central San Diego market," Hoag explained. "The net benefit was they ended up expanding their company. A 30-year-old company in San Diego decided to stay in San Diego. Plus, they bought [Greg LeMond Fitness Company] in Seattle and now they're moving that company down to San Diego. We win across the board as a community."

According to Hoag, the 8.75 million-square-foot Poway Business Park is running at a very low 5.4 percent vacancy factor.

"Poway is a very strong draw, because it's our newest industrial-based market other than in the extreme areas of the county, like Otay Mesa," Hoag said. "For central San Diego, it's our newer industrial market, so that better-quality buildings and the latest-design buildings are there."

Hoag also reported that interest is running high for The Vista at Rancho Bernardo, a new Class-A, three-building campus and five-per-thousand parking structure proposed on 10.21 acres adjacent to the established I-15 business corridor.

"We have four companies, right now, that we're in preliminary discussions with. Sempra Energy was one of the candidates that sent an RFP that we responded to," Hoag said. "We estimate our numbers to Sempra were less than what they're paying for their current building."

Hoag predicts that -- whether they're already based here or wish to move to San Diego -- more and more companies like General Atomics and Hoist Fitness will not want to share their facilities with other companies. If they want their own corporate identity, their brands showcased and their operating costs reduced with control of property upkeep, maintenance and utilities, they'll want to be in Poway, Rancho Bernardo and along the I-15 corridor.