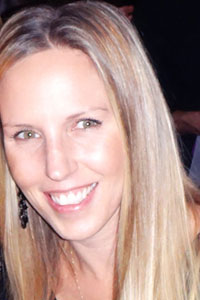 If Amanda McPhail had a theme song, it might be titled "Take Me Up to the Ball Game." Because that's exactly what she does for clients of her event-planning firm, Creative Affairs Inc.

With Petco Park and downtown San Diego as the backdrop, McPhail has turned a former lunchroom on the top floor of the 15-story DiamondView Tower office building into one of the most sought-after party and meeting places in town. The Ultimate Skybox isn't just a hangout for watching the Padres play, but also a state-of-the-art, 2,500-square-foot venue for weddings, anniversary and birthday parties, bar mitzvahs, corporate meetings and other gatherings of 20 to 160 people.

"I started out as a wedding event planner," said McPhail, who grew up in Coronado. "But we don't just concentrate on weddings, we do a variety of different types of events. We organize events such as corporate fundraisers, birthday parties, rehearsal dinners, anniversaries, retirement parties and more. About three years after launching my company in 2004 is when we inquired the Ultimate Skybox and started doing venue management, which is how the Ultimate Skybox came into play."

Before there was a DiamondView Tower, McPhail had her sights set on downtown San Diego — literally. In the seventh grade, she saw its skyline daily as a bicycle carrier for The Tribune and the Sunday Union-Tribune. Her route was the largest in town — 170 papers. At age 14, she obtained a work permit to be a hostess at Peohe's, a bayside restaurant in Coronado known for its views of the embarcadero. She stayed there through high school, working in the pantry and learning about the foodservice industry.

"I always liked to work. I had it instilled me," she said. "All my friends in Coronado say, ‘You're such a worker bee.' I always worked at restaurants because it was steady work every night when I was in school. I took side jobs, catering jobs, worked for Coronado Weddings, shadowing and assisting the owner.

"I even worked at Coronado Municipal Golf Course, doing the books and driving drinks around on a golf cart to players out on the course. But I always wanted to be independent. Working 90 days as a catering conference manager at Loews Coronado made me think, ‘Why can't I do that?' "

After taking communications courses at Santa Barbara City College, McPhail returned to Coronado to finish school. Her parents had moved to Mexico to start a business, so she moved in with a family friend who owned a restaurant until she got on her feet. She took 18 classes in 19 months at National University, received a degree in organizational development and behavior, and graduated on June 26, 2004. She started her business, then named Creative Affairs by Amanda, the same day.

Her contacts led to the exclusive arrangement with DiamondView Tower, a Class A office building at 350 10th Ave. A friend from Coronado First Bank (and from a catering company she previously worked for) recommended she see about booking the venue for events.

"I was 29, had been in business three years, and got a phone call asking if I could do anything with the space," she said. "I went to see it and knew right away the potential the space had."

Named "The Ultimate Skybox" because it looks right down into the playing field at Petco Park, McPhail put in a proposal to run the space and negotiated managing, marketing and selling the venue to clients.

"We're in our sixth season, and word has gotten out about us," McPhail said. "We're a member of ConVis (The San Diego Tourism Authority), and they show our space. Companies and even weddings now plan around ballgames because they bring so much energy and they're right below their event. With the lights and the crowd in the background, it brings an extra level of excitement. The majority like the fact there's a game going on."

After finding success as an independent businesswoman, McPhail has advice for others who want to pursue their own paths:

"I get women of all ages who ask how I got started. The biggest thing I tell them is to have self-confidence and believe in yourself. Because you're the only one who can tell you no. I learned from a young age as a woman that it's very important to believe in yourself."