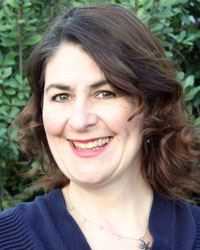 Lee Anne Davis has made quite a name for herself as CEO of PromoVentures, Inc. by putting the names of her customers' companies on a wide array of promotional items, such as T-shirts, polos, hats, pens, ice scrapers and even bar stools.

The genial Davis has traveled the world. More than merely going about the business of selling custom-branded apparel and promotional items, Davis has derived a special benefit from her journeys abroad.

"You learn that all human beings have a common thread. That's what drives my compassion for helping my fellow man and woman."

As a leader in the business, her objective is to grow the company while also accepting a responsibility to be involved and supportive in the local San Diego community, where she has spent the better part of the last two decades.

"Currently I'm working on a project as a fundraiser to support a local company, a non-profit called Leap to Success," said Davis. "It's an organization that helps empower women to overcome homelessness, as well as domestic violence. I'm proud to be on the advisory council."

Davis also cited her passion for Words Alive, a local literacy program for which she volunteered as a reading advocate for about two years.

On the business side, Davis is excited about the process of getting PromoVentures certified as a woman-owned business and expanding a nationwide client base.

"(The certification) actually opens up a lot of opportunities for business development and working with Fortune 500 companies that actually have supplier-diversity programs," said Davis. "And, as a woman-owned business, we'd have a little bit more of an edge because we'd be considered a minority-owned business. That's very exciting to me."

Davis earned a BFA in fashion design from Virginia Commonwealth University and subsequently studied textile design at the prestigious Parsons the New School for Design in New York City, "way before Project Runway," she quipped. She spent four years designing dancewear for Capezio in New York before heading west for brief stints as a designer with Eddie Bauer in Seattle and Columbia Sportswear in Portland, Ore. But her love for the fashion industry was trumped by her love of her husband, for whom she moved to San Diego and wed in 1994. The Davises are the parents of a daughter, 16, and a son, 14.

"I know apparel like the back of my hand," said Davis without a bit of arrogance. "I learned a lot about silk screening when I was back east and that's a big part of our business. We can do as many as 20,000 shirts a day, printing-wise, in our facility. We have that all under one roof, (including) embroidery and silk screening."

Davis' compassion and concern is also evident as she oversees the PromoVentures operation and focuses on new-business development.

"We try to swing (clients) over to green, eco-friendly choices," said Davis, who was once a freelance consultant to the company she now owns. "If they do events and trade shows, they can have their name on everything. So, pretty much, we're a one-stop solution for all the things they give away. You name it and throw it our way and we can put your logo on it and brand it for you."

~ By Tony Lovitt, Special to The Daily Transcript. Lovitt is a freelance writer based in La Jolla. He can be contacted at tlovitt@san.rr.com.