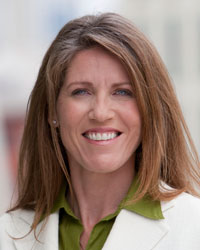 Growing up overseas as the daughter of a U.S. serviceman, Natasha Sandrock Arthur learned young how to deal with different people in different cultures. 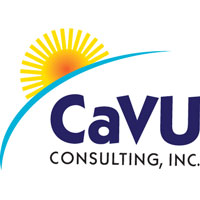 Later in life, those experiences would not only serve her well in her chosen profession of human resources, but also help her overcome personal tragedy and put her on the path to spiritual healing.

Her path led to running seven marathons, each a 26.2-mile event. Not just seven marathons around San Diego County, but a marathon on each continent. Then there are the other 20 marathons she's run in the past 11 years.

It started with the La Jolla Half Marathon in 2002, just a month after her husband Michael died suddenly at age 38. She was 33 and looked at running as a way to heal and help build her confidence. Finishing her first full marathon, the 2002 San Diego Rock 'n' Roll Marathon, in just over four hours convinced her to keep after it.

Similarly, Arthur's career has been an endurance event.

"My career started in Germany, where I remained after graduating high school in Ramstein," she said. "I was interested in HR when I worked for the Army and Air Force Exchange Service. I started in a retail and operational capacity. Then I was transferred to the corporate accounting office in Berlin, and then to Bitburg Air Force Base as Executive Secretary to the General Manager.

"My earlier experiences as an employee helped shape the lens through which I view the employee/employer relationship. As I became more exposed to the organization's rule set, I learned how to operate within it, and I became more successful. Eventually I was promoted to work at the corporate level, where I was often exposed to HR. After four years, I was transferred to a position in human resources in Heidelberg. The transition into HR was seamless for me."

After moving to San Diego in 1998, Arthur soon gained a reputation as a highly qualified HR professional, earning certificates in human resources management from Chapman University, Professional Human Resources certification (PHR) in 1999 and becoming a Certified Compensation Professional (CCP) in 2004.

She kept running and set about competing in marathons around the world. Her passion led her to run on the Great Wall of China, Mount Everest, Machu Picchu, the Swiss Alps, Mount Kilimanjaro, Antarctica and Australia's Blue Mountains. These achievements earned her entry into the Seven Continents Club, an elite group of more than 370 men and women who have shared her accomplishment since 1995.

She married George Arthur in Sydney, Australia, in March 2010. They met while working for a previous employer, and then moved on in business together. George co-founded CaVU Consulting Inc., a Service-Disabled Veteran Owned Small Business providing systems engineering, acquisition and program management support to the Department of Defense. Natasha is the downtown firm's Director of Human Resources, responsible for the end-to-end CaVU employee experience.

She also provides HR and compensation consulting for CaVU's HR services clients, a role she finds especially rewarding. She guides small business owners through the complexity of various federal/state statutory requirements. In addition, she creates processes which model industry best practices; all focused on the needs of their specific organization. In a cost-conscience business environment, she concentrates on businesses that seek high-level HR expertise on an as-needed basis.

Active in the HR community, Arthur has been a member of the national Society for Human Resource Management since 2001 and the San Diego chapter since 1998. She has served on its Board of Directors for the past five years and became President-Elect in January 2013.

Arthur credits several San Diego women for helping her move ahead in her career. "I've been very fortunate to have been led by Ina Mozer, who was Senior Vice President of human resources at North Island Credit Union, and Jane Judd, chief financial officer of Aradiant Corp. I learned patience, how to sit still and listen to situations before offering solutions," she said. "They were patient, and had a grace that created calm in the workplace, which is what I needed and respected."

But Arthur takes a low-key approach to mentoring other women: "I am grateful for the mentoring I have received along the way, and would be honored to offer the same to other women someday."

She feels her personal successes have shaped her professionally:

"My biggest accomplishment was overcoming tragedy and becoming a better person for it. I really learned who I was through the experience. There were times I thought the Lord forgot about me, but I remained and remain faithful. I feel my level of contribution to the world is greater as a result."