Mediator wants to be known for work, not gender 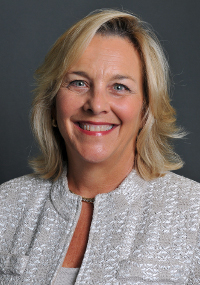 Denise Asher is the new president of the San Diego Inn of Court. Courtesy image.

Denise Asher knows a thing or two about conflict resolution.
She reconciled with her ex-husband after nine years of divorce and, in a storyline made for Hollywood, re-married him in a 2006 ceremony with the couple's two daughters as bridesmaids.

The San Diego attorney now puts those skills of compromise to work for others as the principal of her own alternative dispute resolution firm, Asher Mediation.

A former personal injury litigator, Asher switched to mediation – and its more predictable and less time-consuming schedule – as a way to reclaim her personal relationships and quality of life.

"I have a passion for this (the law)," she said. "I love what I do, but I wanted to do it in a way that I could manage it better, so I switched over to do (mediation).

"It brings a different set of rewards than doing trial work but it's equally important to our legal system."

Asher has never been one to follow the pack.

She entered the work force as a legal secretary when she was just 17 years old. She eventually decided to get her legal degree – but not until she was 30.

Despite continuing to work full time while taking night classes, Asher graduated from Thomas Jefferson School of Law as valedictorian in May 1994.

Shortly thereafter, she joined the San Diego Inn of Court, a professional organization that helps young attorneys prepare for trial with a series of practical training programs. Participants are treated to lectures and demonstrations from some of the area's top litigators and then practice what they learned in a courtroom setting, complete with a judge, jurors and witnesses.

"There's just nothing like standing up and doing it," she said. "The feel of what it feels like to stand there with 100 eyes looking at you.

"Law school teaches you substantive law. They don’t teach you how to practice law. That's what these wonderful programs are all about: teaching you the mechanics of actually doing the things you need to do to try a case."

Asher's first trial actually ended in a non-suit, with the judge taking away the decision from the jury, but she later won on appeal and eventually received a favorable settlement for her client.

"It really is very cool," she said of the San Diego Inn of Court program. "It's a 'hands on, get on your own feet,' program."

Asher liked the program so much she joined the board and is now serving as San Diego Inn of Court president, lending her expertise as both a seasoned litigator and thoughtful mediator.

"It encourages you to want to give back, when those that came before you so freely gave of their time to teach you," Asher said.

"It's something I've always enjoyed. So as soon as I felt like I had something to offer, when I had enough experience behind me that I thought I was ready to teach, it was something I really wanted to do."

When Asher first joined the Inn as a young lawyer, there were only a couple of female workshop leaders. Gender diversity in the legal community was still a struggle.

Asher, however, was able to gain inspiration and insight from San Diego attorneys Virginia "Ginny" Nelson, a solo practitioner, and Janice Mulligan, a partner with Mulligan & Banham.

"I really idolized and wanted to emulate (them) because not only were the smart and well-prepared, but they were always professional. They practiced law the way I wanted to practice law."

Asher also looked to any women she opposed in court.

"The women I litigated against were equally as important to me because I saw on the other side how you work professionally against one another," she said, "where you can be adversaries and you don't have to be enemies; where you make it about the case and not about the person. I saw how successful they were in getting their message across when we were trying cases against each other."

In the second-to-last case she tried, Asher was opposed by attorney Nancy Vaughan, a partner with Lewis, Brisbois, Bisgaard & Smith LLP. The jurist overseeing the case was Judge Linda Quinn. It marked the first time in Asher's career that the three main positions in a trial were filled by women.

"It was remarkable to me that we've reached that level," she said.

"We are here and doing it at the highest level."

While progress has been made in the fight for gender diversity, Asher said true equality won't be reached until women are acknowledged as much for their work product as for their gender.

She's proved it as a plaintiff's attorney, and now she's setting an example in the male-dominated world of alternative dispute resolution.

"What I want to be is a really good mediator who happens to be a woman," she said. "There may be some cases where being a woman – a mother – may help, but first I just want to be respected as a really good problem solver."