Chair of port commissioners envisions 'A Port for All'

By JENNIFER McENTEE, Special to The Daily Transcript
Thursday, February 28, 2013

When land-use attorney Ann Moore was sworn in as 2013 chair of the Unified Port of San Diego’s board of port commissioners, she was tasked with conveying a theme for her yearlong post. How would she like the port commissioners, the port’s member cities and its various stakeholders to work together in the coming year?

She settled upon “A Port for All,” a theme she said will include integrated planning and inclusive decision-making.

“The port is composed of pieces that together make it very strong, with a puzzle of stakeholders,” Moore said. “I hope to help us do the planning in an integrated process that considers all of the stakeholders.” 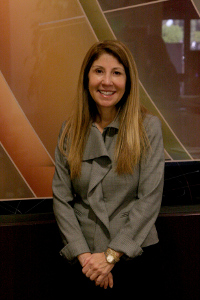 Ann Moore is the only female member on the Board of Port Commissioners.

Moore has been a port commissioner since January 2011, representing Chula Vista. She’s a senior partner with the law firm of Norton Moore & Adams, representing developers and government agencies in processing residential, commercial and industrial land-use entitlements. She was previously Chula Vista’s city attorney.

Moore’s focus for the Port of San Diego this year will include emphasis on the Chula Vista Bayfront Master Plan, which addresses the planning needs for what is considered the largest undeveloped waterfront parcel on the West Coast.

“The Chula Vista Bayfront Master Plan is the future of economic growth for the port,” Moore said.
The master plan addresses development opportunities for 556 acres along Chula Vista’s waterfront. After a decade of discussion, the land-use plan was unanimously approved by the California Coastal Commission last August.

One of the first steps of the master plan was realized Feb. 2, with the implosion of the South Bay Power Plant. This year, the Port of San Diego also intends to talk with financiers and developers to advance a comprehensive business plan for the Chula Vista bayfront, with Moore hoping to show real progress by this fall.

“I’m pushing hard to get something done ASAP,” she said. “I want us to start putting in some infrastructure, and the business plan is a big part of it. I want to get it moving.”

Moore said it’s important to her that the business plan considers each parcel as part of the whole. “I want to make sure we create a project that considers all 500-plus acres, not just one parcel at a time. We need a plan that revitalizes the whole area.”

Moore said she’s able to keep her work with the Port of San Diego separate from her law practice, particularly because she doesn’t have any clients who are involved with the bayfront project. Still, her expertise in land use and development comes in handy when discussing Port of San Diego issues.

“It definitely helps that I know this area. I pretty much know what things need to be done,” she said. “I’ve done development work my entire career.”

Moore hopes the Chula Vista Bayfront Master Plan will be accomplished as part of a larger, integrated master plan for all of the properties under the port’s purview. “I want the bay to be preserved and kept beautiful.”

Moore acknowledges that all of her long-term goals for the port likely won’t be accomplished during her time on the board.

“It takes years,” she said. “I always think of it like a relay race, where one person hands the baton to another.

“We have to take small bits of the apple to start the process, and hope others carry it forward.”