The Daily Transcript appreciates the time and effort put forth by the following people to select this year's Young Influentials. 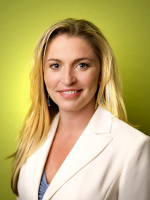 Heather Back ensures integrated marketing communications through all mediums as well as oversees The Foundation's media relations. She brings 17 years of experience in building brands and driving advertising, marketing and public relations. She has a strong foundation in media relations through her work at KFMB, The Daily Transcript and San Diego Magazine. Back leverages these existing relationships in her work to create broad awareness for The Foundation and its community affiliates. Most recently, she garnered $3.5 million in coverage for The Foundation’s “Our Greater San Diego Vision” effort.

Back began her career working at TMP Worldwide in the mid-‘90s, where she worked on the launch of Monster.com (NYSE: MWW). Her drive for strategic planning stems from her experience at McKinsey & Company, where she conducted research and developed presentations for the Kuala Lumpur project in Malaysia now known as Cyberjaya. With former profit and loss responsibilities for San Diego Magazine’s custom publishing division, she develops marketing plans that incorporate branding to directly support sales and/or donations. She leverages all of this experience in her marketing approach.

Back received her bachelor’s degree in journalism from the E W. Scripps School at Ohio University and later her MBA in marketing from San Diego State University. While at SDSU, she assisted Joe and Michael Belch in developing The Centre for Integrated Marketing Communications. 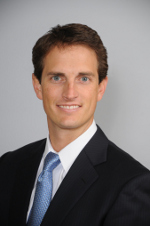 As president, CEO and member of Cassidy Turley San Diego’s board of directors, Broderick provides strategic vision and leadership for heightening the firm’s level of client service and elevating the capabilities of the Cassidy Turley platform.

Prior to joining Cassidy Turley, Broderick worked with Eastdil Secured, where he was senior vice president in the equity sales division. In his six years at Eastdil, Dan’s team closed transactions valued at more than $8 billion. He was previously associated with Burnham Real Estate Services (now Cushman & Wakefield) in the area of office leasing and sales, where he received the Civic Leadership Award and was selected to be a member of their strategic steering committee. During his four-year tenure at Burnham, the total consideration of his sales and lease transactions exceeded $800 million. Broderick’s career began in the San Francisco Bay area, working in tenant representation, investment banking and high technology. In each position he was integral in developing the organization’s training and leadership programs.

Broderick is a graduate of Stanford University and has been involved with numerous community and nonprofit organizations: As an Over The Edge Participant for Kids Included Together; is a Heritage Award-winner with The Ireland Fund; the Adopt-A-Marine Program; Junior Achievement San Diego Volunteer; Meals-on-Wheels volunteer; Nativity Prep Mentorship Program; on the advisory board of New Haven Youth and Community Services; Redshirts of San Diego, Holiday Bowl committee; board member of the Stanford Alumni Club of San Diego; and as a contributor to The Stanford Challenge. Broderick lives in La Jolla with his wife, Megan, and two daughters, Molly and Brynn. 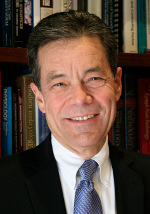 He is also a technology and business adviser to the William J. von Liebig Center for Entrepreneurism and Technology Advancement at the University of California, San Diego, Cofounder and CEO of CardioCreate Inc., chairman and CEO of OncoFluor Inc., and special adviser to the Office of Translational Alliances and Coordination in the Division of Extramural Research Activities of the National Heart, Lung and Blood Institutes of the National Institutes of Health. 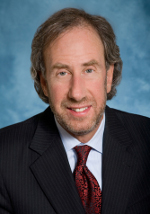 Russ Newman, a clinical psychologist and lawyer, holds the position of provost and vice president for academic affairs at Alliant International University. In that role, he is the university’s chief academic officer for the California School of Professional Psychology, the Hufstedler School of Education, the Alliant School of Management, the California School of Forensic Studies and the San Francisco Law School.

Prior to joining Alliant International University, he served for 14 years as executive director for professional practice for the American Psychological Association. At the APA, he was responsible for spearheading and promoting the association’s multifaceted agenda on behalf of practicing psychologists and individuals in need of psychological care. As executive director for the APA’s Practice Directorate, Newman managed a variety of activities involving legislative advocacy, legal initiatives, efforts to shape the evolving health care market, and a nationwide public education campaign to enhance the value of psychological services.

From 1986 until 1993, Newman served as the APA Practice Directorate’s assistant executive director for legal and regulatory affairs. In this capacity he was involved with a variety of advocacy initiatives on behalf of professional psychology, and helped educate the psychological community on the impact of the legal system on the practice of psychology. From 1979 to 1986, Newman was staff psychologist and director of clinical psychology training at Harding Hospital in Columbus, Ohio. His specialty areas were the treatment of adolescents and forensic psychology.

Newman is a Fellow of the APA. He received his Ph.D. in clinical psychology from Kent State University in 1979 and his J.D. from Capital University Law School in 1987.