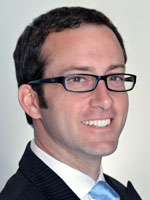 In the 1920s, when Italian tuna haulers formed the heart of Little Italy, the neighborhood’s social life revolved around Our Lady of the Rosary Church, founded as an Italian parish when immigration from Southern Europe was at a peak.

“In those days, the church led everything,” said local businessman Luke Vinci. “But now the fishermen are gone and the I-5 has split the neighborhood, so much of the old culture is gone.”

But the church remains, and it has been the inspiration that has led Vinci to throw himself into community affairs.

Vinci currently serves as honorary mayor of Little Italy; chairman of Nuova Gen, which raises money for local nonprofits; and secretary of the board of the Little Italy Association, where he has worked with City Hall to create more parking places, ease outdoor dining regulations and improve public transportation in the neighborhood.

“People often talk about public-private partnerships, which are sometimes nothing more than a company donating money to get its name attached as a sponsor on a project,” he said. “We want community partnerships that can successfully bring together religious institutions, secular institutions and businesses and unite them around a common purpose. That’s the way to transform neighborhoods, cities, states and even nations.”

And that’s all in addition to his main job: developing management education programs as president of the Global Strategic Management Institute.

Vinci is a relative newcomer to Little Italy. Raised in the suburbs of Los Angeles, he moved to Pacific Beach not long after graduating from UCLA with a political science degree in 2002. But when a friend told him about Our Lady of the Rosary, Vinci -- a devout Catholic -- was drawn to Little Italy.

He moved to the neighborhood in 2003 and launched Global Strategic Management there in 2007. What started out with Vinci and cofounder Byron Mignanelli in a small home office has now grown to 22 employees and 12 contractors, generating gross profits of $3 million from training sessions on topics ranging from green data centers to social media strategies.
In the meantime, Father Steven Grancini, a native of Milan who then headed Our Lady of the Rosary, prodded him to become active in community affairs, eventually spurring his membership in the neighborhood association and appointment as honorary mayor.

At Grancini’s behest, Vinci also helped launch Ferragosto, a midsummer fair that dates to Roman times. Grancini envisioned it as a community celebration that could raise funds for secular and religious activities alike.

The first Ferragosto opened in August 2010 with a Roman theme, featuring ancient statuary, Imperial soldiers and toga-wearing guests. Together with a Venetian-themed Ferragosto in 2011, the celebration has so far generated more than $100,000 in contributions for scholarships for low-income children, arts and language programs at Washington Elementary School and historical preservation projects in Little Italy.

“One of Father Steve’s last tasks was to unite the neighborhood by setting out to do this new event,” Vinci said of Grancini, who died just five months after the first Ferragosto. Vinci’s now planning a third Ferragosto for this August.

“I believe the more you give and work for the community, the more you get back,” he said. “The community has already given me a lot back. And I’m going to continue giving back to make this a better city.”