Clients looking to leave California should be concern, experts say 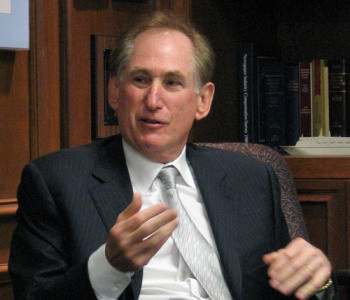 Planning investments while taking future tax rates into consideration may be clouded by negative “noise” and fear, according to a group of finance professionals at a roundtable hosted by The Daily Transcript and sponsored by Seltzer Caplan McMahon Vitek.

“There’s so much money sitting on the sidelines -- for the fear factor, for the lack of opportunity,” said David Dorne, senior partner at Seltzer Caplan. “They’re looking for any sign that something positive is going to happen -- and they want to go into it. And when it does something negative, they say, ‘Oh my God, did I make a mistake?’”

It was forecast that the tax increases just last year could have almost a 1.25 percent drag on the growth rate in the United States, according to Linda Stirling, senior vice president of wealth management at UBS Financial Services, Pacific Mountain Group.

“And we think about this as we foresee greater taxes in all kinds of ways. That moderates the idea of a robust economy that would be more dollars floating around to buy more goods and we see inflation coming up,” Stirling said. “What I tried to emphasize for clients is the noise that [Bill Holland] is talking about is all about our governments and how they’re trying to run the money of the country.”

Bill Holland, owner of The Holland Group, said the last time there was big inflation was in 1980, and yet there’s been “scare talk” about inflation.

“It’s all noise,” Holland said. “I think if you spend your time focused on what might or could happen, you’re going to back yourself into a corner where you don’t do anything. And that doesn’t work.”

Stirling suggested looking at companies and how they’re running their bottom line and profitability, because “they took advantage of the recession.”

“Here we still have these cash rich companies buying back their stock, raising their dividends, doing mergers and acquisitions again. This is what we have to look at when we think about where we put our money,” Stirling said.

“Forget listening to the government,” he said. “We have to be concerned about the tax pull and slow on the economy, so that the revenue may not increase as much in these companies, but these companies are worthy of our dollars, worthy of investment.”

The roundtable participants discussed the Roth conversion, but the tax laws may be too volatile to make a good prediction on what to do, some said. Those with retirement money in a traditional IRA pay taxes when the money is withdrawn at retirement. With the Roth IRA, people pay taxes now instead of later.

“I think more people are looking at it sincerely, where before they said, ‘You want me to take my money out of deferred and pay a tax on it?’” Stirling said.

The argument against the Roth conversion is that there would be less money to invest today, Dorne said.

“It seems as though, just when you believe the tax code is going to be in cement and we have a clear idea of how things work, they change it. And so who knows in 10 years whether distributions from a traditional pension plan will be taxed at the same rate they are now -- maybe higher or lower,” Dorne said.

“I don’t think there’s a clear answer but the consensus seems to be, if you’re making a reasonable return on your investment, that the cost of the conversion -- for those people in the highest tax rate -- is not necessarily good economics.”

Ken Stern, CEO, founder and managing director at Ken Stern & Associates, said it’s not an all or nothing question.

“Last year, we were fairly certain taxes were going to go higher. Why wouldn’t we compel everyone to take 5 percent, 10 percent, some nominal number because you don’t know and monetize that and pay the tax,” Stern said.

Dorne and Craig Weaver, tax practice leader at Squar Milner, said the choice to move out of California to another state is becoming more serious.

“In my office, there’s an abundance of people thinking, ‘Do I stay in California? Do I move to another state?’ And they’re quite serious about it. This isn’t just a fleeting issue,” Dorne said.

Weaver said he’s had one client leave and a couple others considering it.

“A lot of times it’s knee-jerk reactions, but now there’s a little bit more seriousness to it,” Weaver said. “Probably the most interesting sight to me was, I saw some clients that were maybe a little bit more conservative on their tax planning or risk taking -- I saw that level really heighten. They say, ‘When the rates go up, I’m going to get a little bit more aggressive, assertive in that space.’”

“The biggest fear right now is that the economy improves and it puts pressure on the Fed to start raising interest rates,” Leedom said. “They want to keep the Fed in the position to keep rates low. And I think as long as you have that sentiment out there, it is somewhat bullish for stocks.”

Leedom also said that investors are heavily influenced by their last traumatic situation.

“If the stock I had just blew up on earnings, I have to sell the next one that’s reporting. And I think a lot of it is investors are still babies of 2008 and there’s this tremendous fear factor out there, so any turn in the market is going to bring us back down to Dow 6500,” Leedom said. “And it’s amazing, the markets have doubled and I’ve never seen so much negativity out there.”

Coming into 2013, there was concern of an exodus from dividend paying stocks, because they weren’t a preference tax-wise, Stirling said.

“That has been a great place to be -- less volatile, really good place to be. When we saw the mass exodus with the incredible volatile markets in the summer of 2011, and then the spring of 2013, these incidents created such fear and an exodus out of cash or bonds, and it’s been sitting there, not treated very well there,” Stirling said.

“And so we’ve seen it coming back into these great big, large dividend stocks,” he said. “Even though we’re going to be taxed more on it, it’s still one of the most efficient ways to grow your money and take income.”