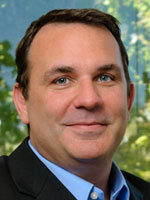 Whether they're startups or well-established corporations, biotech firms strive to create products that protect our health and well-being. But those products — ranging from stents and biochips to surgical tools and instrumentation — often need protection themselves in the form of patent and trademark rights.

Patent attorney Raymond Wagenknecht jumped aboard the wave of protecting life sciences firms and inventors when he founded Biotech Beach Law Group in 2005. His Sorrento Mesa practice helped complete 18 U.S. patents last year, and he predicts a growing demand for the firm's services. He and his staff are well-positioned for whatever comes along as all have hands-on lab experience. In fact, such experience led to his career.

"Before I went to law school, I worked for a San Diego biotech startup," he said. "We were working on developing new diagnostic and therapeutic targets. After identifying our set of targets, we found they may have been covered by a patent. That was a problem. At that point I became interested in what patent rights are, how they are defined, how would you get around them, how would you license them? So I became interested in patent law that way.

"By then the startup had run out of money, like so many of them do. So instead of going to the next startup, I decided to go to law school at University of San Diego. After that I started working with a former patent examiner. Eventually I decided to break off because I'm a startup guy."

Many of Biotech Beach Law Group's clients are physicians and surgeons who develop instruments on their own. "They're very inventive with the tools they need for their practices," Wagenknecht said. "You never know what these things are going to turn into, so my goal is to help inventors protect their innovations and expand their IP as best I can."