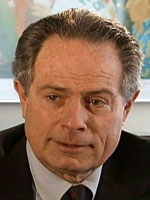 When people hear the term forensic psychiatry, most assume the job involves bloody crime scenes and dead bodies — but not quite.

“They always think of CSI — and often do not realize that we conduct interviews to evaluate plaintiffs with complaints of emotional damages to verify if such has occurred or to what extent, or criminal defendants to determine their competency or sanity” says Forensic Psychiatrist and Associate Clinical Professor at UCSD, Richard Rappaport, M.D. As a psychiatric consultant to attorneys, Rappaport’s forte is advising counsel as to the strengths or weaknesses in their cases and providing strategies for using his expertise to their advantage in court.

In practice for 43 years — 26 of those in San Diego — Rappaport’s practice as a forensic psychiatrist shows him to be a nationally recognized consultant, and an expert witness with experience in personal injury, malpractice, employment issues, testamentary capacity and PTSD, as well as criminal matters with significant serial murder case evaluations. He has testified in seven states as well as in federal courts.

“My forensic career began when I was a resident and chose to do my required research project by creating a group therapy program at Stateville Prison in Joliet, Ill (where Al Capone spent time earlier). Rappaport won first prize for his paper written on the project and once he went into practice in Chicago, where he had a full-time treatment practice for 17 years, attorneys heard about the prison project and began calling him for forensic cases.

Forensic psychiatrists are called in to advise, strategize and guide civil attorneys in understanding and formulating cases where emotional damages or mental conditions are at issue. For example, if an employee claimed they were wrongfully terminated from their job or were sexually harassed at work and sued for emotional distress, a forensic psychiatrist would be asked to determine the validity of the distress claim. The same would be necessary when emotional symptoms were claimed following an accident or tragedy or even a business deal gone sour. They may also assist attorneys in choosing other appropriate experts and juries as well as preparing declarations.

Forensic psychiatrists review and evaluate pertinent records, conduct psychiatric interviews, write reports providing medical-legal conclusions and ultimately provide skilled testimony at depositions and trials, for both civil and criminal matters. If someone was involved in a head-on crash and was injured with multiple fractures but also claimed emotional symptoms, Rappaport would be able to determine whether or not the accident had caused emotional problems or if the plaintiff was possibly malingering. Known to testify with simplicity, clarity and poignancy, Rappaport is skilled at clearly communicating his findings and opinions on subjects that are not easily understood or grasped by a jury of laymen. Finding such an expert can make an attorney’s case a win and worth significantly more or less in compensation.

Rappaport has also been a consultant to corporations, providing consultation and evaluation services for employee issues affecting their performance within the business. On-site, in-depth evaluations are conducted concerning potential for violence in the workplace, crisis management, troubleshooting, alcohol and drug abuse assessments and executive evaluations.

A nationally recognized speaker, Rappaport continues to be on the staff of Scripps Memorial Hospital in La Jolla, seven professional societies and is a consultant to corporations nationally. Rappaport has published a number of psychiatric articles, delivered numerous presentations and has been an enrichment lecturer on cruise ships around the world.

~ By Jada Thomas, The Daily Transcript