By CARLOS RICO, The Daily Transcript
Wednesday, May 1, 2013

A rendering shows an aerial view of the initial plan to remove traffic from the Plaza de Panama at Balboa Park, via a bypass road that would divert traffic to an existing parking lot and a proposed underground garage. After numerous lawsuits, the plan has been stalled in court. Courtesy image.

It does not look like the Plaza de Panama project will be completed by Balboa Park’s centennial in 2015, but there is a small chance the project will move forward.

San Diego City Attorney Jan Goldsmith wrote a memorandum of law April 3 to members of the City Council stating that the city may adopt an ordinance to exempt the project from the site development permit findings.

Goldsmith said someone other than a City Council member must submit an application to amend the project’s application to request the additional approvals discussed in the memorandum.

This was in response to a statement made Feb. 8 by City Council President Todd Gloria. He said he would seek advice on the city’s legal and legislative options to exempt the project’s site development permit findings, which the court said there was not substantial evidence to support. 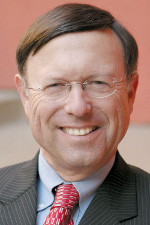 On Feb. 4, San Diego Superior Court Judge Timothy Taylor affirmed his tentative ruling from Jan. 25 that the Plaza de Panama project was illegally approved and the plan must be halted.

In Goldsmith’s memorandum of law, he also stated the city’s Planning Commission would have to hear the request to exempt the project from the site development permit findings, followed by two City Council hearings before a motion to adopt or deny the ordinance. 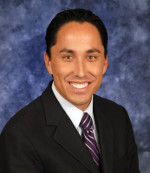 In response to Goldsmith’s memorandum, Gloria released a statement April 4 saying, “If an applicant comes forward to advocate for the project, I would docket the request for the City Council’s consideration at a future public hearing.”

Gloria also said that “it is unfortunately apparent that the improvements could not be complete in time for the 2015 centennial celebration because of the likelihood of an additional litigation and the project’s complexity and construction timeline.”

The Plaza de Panama project entailed spending about $45 million to build a bypass bridge and a paid parking garage to eliminate vehicle traffic from the center of Balboa Park.

The plan was originally brought to the city by Qualcomm Inc. (Nasdaq: QCM) co-founder Irwin Jacobs, who had promised to pay for most of the project.

The Save Our Heritage Organisation had opposed the project from the beginning. The historical preservation group filed the lawsuit claiming the city violated the Municipal Code regarding the alteration of historical facilities, and the city had filed an improper environmental impact report.

Taylor threw out these two claims in his ruling.

Taylor initially rejected the city's argument that there is "no reasonable beneficial use" for the property if the renovations are not made. This is a showing that is required by Municipal Code for any attempt to alter a historical structure or facility.

During oral arguments Goldsmith challenged there are "unreasonable beneficial uses," which the city is free to reject in favor of one that is deemed more beneficial.