By LAURAN NEERGAARD, The Associated Press
Thursday, May 2, 2013

WASHINGTON — In a surprise twist to the decade-plus effort to ease access to morning-after pills, the government is lowering the age limit to 15 for one brand — Plan B One-Step — and will let it be sold over the counter.

Today, Plan B and its generic competition are sold behind pharmacy counters, and people must prove they're 17 or older to buy the emergency contraception without a prescription. A federal judge had ordered an end to those sales restrictions by next Monday.

But Tuesday, the Food and Drug Administration approved a different approach: Plan B could sit on drugstore shelves next to condoms, spermicides or other women's health products — but to make the purchase, buyers must prove they're 15 or older at the cash register.

Manufacturer Teva Women's Health (NYSE: TEVA), which had applied for the compromise path, said it planned to make the switch in a few months.

Plan B One-Step is a levonorgestrel tablet, one of the brands known as the "morning-after pill” manufactured by Teva Women's Health. On Tuesday, the FDA lowered the age to 15 at which girls and women can buy the emergency contraceptive without a prescription — and said it no longer has to be kept behind pharmacy counters. Instead, the pill can sit on drugstore shelves just like condoms, but that buyers would have to prove their age at the cash register. Photo by Teva Women's Health/The Associated Press

The question is whether Tuesday's action settles the larger court fight. Earlier this month, U.S. District Judge Edward Korman of New York blasted the Obama administration for imposing the age-17 limit, saying it had let election-year politics trump science and were making it hard for women of any age to obtain emergency contraception in time for it to work.

The FDA said Tuesday's decision was independent of the court case and wasn't intended to address it. The Justice Department remained mum on whether it planned to appeal Korman's ruling by Monday's deadline, and the White House had no immediate comment.

The women's group that sued over the age limits said Tuesday's action is not enough, and it will continue the court fight if necessary.

Lowering the age limit "may reduce delays for some young women but it does nothing to address the significant barriers that far too many women of all ages will still find if they arrive at the drugstore without identification," said Nancy Northup, president of the Center for Reproductive Rights.

The FDA said the Plan B One-Step will be packaged with a product code that prompts the cashier to verify a customer's age. Anyone who can't provide such proof as a driver's license, birth certificate or passport wouldn't be allowed to complete the purchase. In most states, driver's licenses, the most common form of identification, are issued at age 16.

"While an improvement over current policy, today's announcement is still disappointing," said Marcia D. Greenberger of the National Women's Law Center. "Because all women will be required to show an ID to establish their age, those without IDs could be denied access."

Other advocates called the move promising. "This decision is a step in the right direction for increased access to a product that is a safe and effective method of preventing unintended pregnancies," said Sen. Patty Murray, D-Wash. "It's also a decision that moves us closer to these critical availability decisions being based on science, not politics." 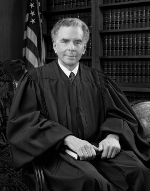 U.S. District Judge Edward Korman of New York had ruled on April 26 that age restrictions on over-the-counter sales of the morning-after pill are "arbitrary, capricious and unreasonable" and must end within 30 days. Courtesy photo

Social conservatives had opposed any efforts to loosen restrictions on sale of the morning-after pill, arguing that it was important for parents and medical professionals to be involved in such decisions involving young girls.

The group Concerned Women for America charged that health officials were putting politics and so-called progress ahead of the health of children as well as women.

"It makes no sense that kids need parental permission to take aspirin at school, but they're free to buy and administer Plan B," Penny Nance, CEO and president of CWA, said in a statement.

Half the nation's pregnancies every year are unintended, and doctors groups say more access to morning-after pills could cut those numbers. The pills contain higher doses of regular contraceptives and, if taken within 72 hours of unprotected sex, can cut the chances of pregnancy by up to 89 percent. But they work best if taken in the first 24 hours.

The FDA had been poised to lift all age limits and let Plan B be sold over the counter in late 2011, but Health and Human Services Secretary Kathleen Sebelius, in an unprecedented move, overruled her own scientists. Sebelius said some girls as young as 11 are physically capable of bearing children but shouldn't be able to buy the pregnancy-preventing pill on their own.

The Justice Department could appeal Korman's ruling and seek a stay. If granted, the appeals process would move through the courts, while Plan B is sold over the counter whenever Teva has the product repackaged to meet the FDA's requirements.

Absent a stay, "we will want to go back to court as quickly as possible and ask the judge to hold them in contempt," said Janet Crepps, a senior counsel for the Center for Reproductive Rights.

The FDA said Tuesday that Teva had provided data proving that girls as young as 15 could understand how Plan B works and use it properly, without the involvement of a health care provider. Teva plans to conduct a consumer-education program and indicated it is willing to audit whether stores are following the age requirement, the agency said.

The FDA said its ruling applies only to Plan B One-Step, and not to generic versions of the pill, which would remain behind pharmacy counters with the age-17 restriction.

If a woman already is pregnant, the morning-after pill has no effect. It prevents ovulation or fertilization of an egg. According to the medical definition, pregnancy doesn't begin until a fertilized egg implants itself into the wall of the uterus. Still, some critics say Plan B is the equivalent of an abortion pill because it may also be able to prevent a fertilized egg from attaching to the uterus, a contention that many scientists — and Korman, in his ruling — said has been discredited.