By PADMA NAGAPPAN, Special to The Daily Transcript
Thursday, May 2, 2013

While the process of adopting children is long-drawn for most couples in California, LGBT couples deal with additional issues. When one of them is a biological parent and the other a step-parent, whether they are registered as domestic partners, and in the case of independent adoptions, the issue of discrimination driven by bias. 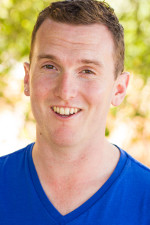 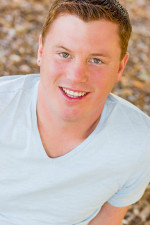 From top: Bryan Balderman and Kevin Stroman are an LGBT couple in the process of adopting three children from foster care. Courtesy photos

Attorney Lauri Stock, a partner with Solomon Ward Seidenwurm & Smith, had a client who had raised a child together with her partner for the first three years of the child’s life, but split up after that and had never formalized her relationship.

She continued to co-parent the child, who was her ex-partner’s biological child, and approached Stock when the child was 9 years old, wanting to officially establish her parental rights. Her petition was granted.

“It was a little out of the ordinary because so much time had passed before she filed, but she had always co-parented the child,” said Stock, explaining that it’s generally better to legalize the step-parent relationship early on.

Under California law, same-sex couples that are married or have registered themselves as domestic partners have the same rights as straight couples, even if the step-parent has not officially adopted the child.

But in jurisdictions that do not recognize same-sex marriages or registered domestic partners, formally adopting a child can help ease the way for a step-parent, should the child need medical attention and the biological parent happens to be out of town. When situations like this arise, that’s when clients sometimes approach attorneys like Stock, to legalize things.

“There are two ways to establish your relationship if you are not the biological parent -- through presumed parental statutes or legal adoption,” Stock explained.

Even though our state recognizes the rights of step-parents, it’s better to legalize the adoption, since it will smooth the way in the case of eligibility for medical and survivor benefits, she said.

Some companies may extend medical insurance benefits to the step-children without official papers, but when it comes to federal government benefits like Social Security, a minor child is eligible for benefits but without official adoption, Stock said it will be difficult to make claims.

Stock has practiced family law for 20 years and dealt with step-parent adoptions for almost as long, and in that time, she has seen the landscape change significantly, moving toward positive action.

She doesn’t consider California particularly progressive, where LGBT couples and their rights are concerned, given that states like Iowa allow same-sex marriages (California only did so for a brief window). Stock said that as an LGBT individual, it’s personally satisfying to help others become a family.

“Twenty years ago, sometimes judges would not sign (adoption) orders, but it’s not like that now," Stock said. "It’s nice that something is being created instead of being undone."

One of the partners having a biological child and the other adopting that child is one option to parenthood for LGBT couples. The other route is independent adoptions, in which the couple seeks a child or children through an adoption agency, foster care or private adoptions.

And the second route is riddled with obstacles and prejudices that go beyond the pale of that which straight couples face.

The Roman Catholic Church, birth mothers and even some agencies harbor misgivings about same-sex couples as potential parents. Common concerns include a bias against gay couples; worry that the child will miss having a male or female role model with same-sex parents; and fears about abuse because of sexual orientation.

Hilary Vrem of the Bolander Law Group, an adopted child herself who was drawn to handling adoption cases for clients, has observed how LGBT couples get pushed to the back of waiting lists or sometimes get rejected outright.

As more celebrities open up on television about their adopted children, this trend is reversing and she is beginning to see a change in attitudes, she said.

“For LGBT couples, it’s a question of finding the right agency and attorney, since there are many agencies that are willing to work with them, and many children in need of families,” Vrem said.

She has also observed more trepidation among LGBT couples, who may take longer to initiate the process -- and once it’s under way, the delays and pressure sometimes gets to them.

She qualified this by pointing out that many of the cases she has observed have gone through San Diego County services or the Walden Family Services agency, both of which handle more special needs children than do other agencies.

Vrem said that if private adoption agencies were more open, it would offer more options.

It’s not always about prejudice, however. The needle also leans towards the quirky.

Often, birth parents that choose to have a say in the placement of their child will review portfolios and reject potential parents for inexplicable reasons, such as their not playing baseball or being unable to snowboard. In such cases, Vrem has seen straight couples being passed over.

“I’m not making this up," she said. "It’s a big deal for some people and when birth parents make their choice, that is what happens. Because of reasons like this, I’ve seen LGBT parents being preferred some times.”

Like Stock, Vrem also felt that California is not very progressive and could provide more rights for LGBT couples, but observed that the state was moving in the right direction.

Bryan Balderman and his partner Kevin Stroman’s experience with adoption is proof that the trend is changing.

Balderman is 28 and works as a show supervisor at SeaWorld, while Stroman, 27, is a realtor.

The couple is in the process of adopting three siblings, two boys and a girl, from Orange County’s foster care system, a process they initiated in January 2012.

“Realistically in California, the biggest road block is the bureaucracy. It’s the same for everyone -- straight couples and us, it takes a lot more time and training,” said Balderman, who took training classes and waited 12 months before moving up the line last December.

He and his partner decided on foster children, because they felt the children were in the same position as they were -- also looking for a family. They went through Walden Family Services, which is a private adoption agency that has helped other gay couples.

“I don’t think we’ve had any discriminatory situations as an LGBT couple, we are lucky to be living in California, it would be much harder elsewhere," he said. "I think our state does a great job of protecting our rights.”