By PADMA NAGAPPAN, Special to The Daily Transcript
Thursday, June 6, 2013

Two years ago, business had bounced back for fitness equipment manufacturer Jeffrey Partrick after hitting a low in 2009. He needed a bigger, better organized space for his 30-year-old company, Hoist Fitness Systems. When his lease for the Miramar facility was up for renewal, he decided to buy land and build a new factory from the ground-up.

“Our business has grown steadily since 2010, this year through April sales are up 40 percent compared to last year and lot of that has been driven by growth in the health club industry,” Partrick said.

He represents a growing trend of small businesses that have seen revenues climb and are confident enough to make the financial commitment of buying factory, warehouse, retail or office space.

After scouting locations around the county, Partrick chose Poway, since he wanted it to be central for his employees. He obtained a construction loan, completed the building and approached nonprofit lender CDC Small Business Finance in early 2012 for a Small Business Administration (SBA) 504 loan. 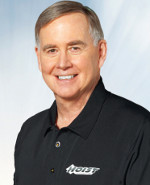 The SBA partners with CDC and private sector banks to offer long-term fixed-rate financing to growing businesses for land and buildings. With the 504 program, business owners need to put down only 10 percent as down payment, as opposed to traditional loans offered by banks that require 15 percent to as much as 25 percent down.

The government-backed loans eliminate risk for the bank, which puts up 50 percent of the financing, and CDC, which funds 40 percent of the loan. The interest rate is 4 percent for a fully amortized 20-year loan.

Hoist moved in to its new location on Community Road in Poway in December.

“The cool thing about doing a project like this instead of renting a building is that you’re able to design the space so it better fits your business needs,” Partrick said.

Trade show exhibit maker Punch Visual Concepts also made the switch from leasing to owning its own facilities on South Marina Boulevard, near the junction of Interstates 8 and 5.

The 10-year-old company started small and relocated to an 8,000-square-foot facility in 2010, as business grew. When that wasn’t enough, it leased another warehouse and when it began to outgrow that space, Steve Phillips, one of the partners, realized lease rates were going up and were more expensive than what they wanted to spend on rent.

Their realtor, Rex Huffman with Voit Real Estate Services, suggested they buy their own space. The 20,000-square-foot building he suggested was bigger than what they were looking for, but Phillips found that it made sense.

“As it turns out, the rent we’re paying now and the amount we will pay on the mortgage is pretty close, and we’ll wind up with more usable space,” Phillips said. “With a yard which will be helpful, we’ll probably actually wind up with 30,000 square feet of space.”

Punch will move into its new building this fall.

Kurt Chilcott, CEO of CDC, thinks the uptick in purchases by small businesses is driven by a combination of factors: businesses have weathered the storm and are emerging stronger as revenues bounce back; they recognize that with current interest rates, their loan payments are not going to be much more than their rents; they are comfortable getting back in the market.

“We’re never going to see interest rates like this again. I think they’ll be around a lot longer, but it’s doubtful that we’d see real estate rates so low,” Chilcott said. 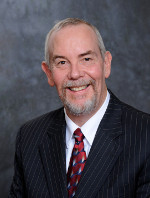 “Things have stabilized and people are feeling better about things not getting worse. They may be sitting on cash that they saved for downturns and did not use,” he said. “Supply is tight in San Diego and if you can get in, now’s a good time to do so.”

Lenders like CDC are seeing more activity as the economy emerges from the recession and business owners turn to SBA loans. During the recession, banks tightened their underwriting criteria, which made SBA loans a better alternative.

The CDC has seen loan amounts go up this year. Tt financed $85 million through 66 loans last year, and for the same period this year, it has loaned $122 million for 61 loans.

“That’s probably because of lack of inventory at the lower end of the market and also because clients coming back to us have larger-sized projects,” Chilcott said. “We’re seeing more middle-market companies use the 504 program.”

CDC/SBA loan programs are designed to finance projects that banks won’t look at, in cases where the company has not been in business long enough, or it does not have enough cash flow or collateral.

But clients like Hoist, Punch and higher-profile customers, like Stone Brewing Co., also approach the CDC -- even if they could have gotten loans elsewhere -- because of the lower rates, better terms and loan to value ratio of 90:10, where they put 10 percent down and finance 90 percent.

The maximum loan amount the CDC funds is $5 million, but for manufacturing, Chilcott said it can go as high as $5.5 million.

Things to keep in mind before investing

In sharing pointers with others trying to decide whether to invest or not, Partrick with Hoist suggested getting projections and budgets in place so they don’t overextend.

Chilcott cautioned that one of the things that landed businesses in hot water during the recession was buying more space than they need, thinking they will grow into it or that they can sublet.

“I caution people about not being overly aggressive about how much space they want to buy. You can’t be sure there’s a market for sub-tenants,” he said.

Chilcott said business owners need to look at their historical cash flow to see how much debt they can support, since it’s the first thing lenders evaluate.