Behind the Scenes Catering & Events 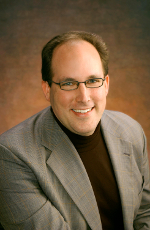 Although John D. Crisafulli is the president and managing director of a catering and event company, at one point it seemed that he was more like a banker. Crisafulli’s company, Behind the Scenes Catering & Events, had contracted to run a museum’s café, and he loaned money to the institution to help it open on time. The gamble paid off for Crisafulli’s organization, which is a concession, event catering, and planning company that provides hospitality services and consulting for public and private events, both nationally and internationally.

The company has catered events related to the Olympics, the Super Bowl, the Rose Bowl, and the Republican National Convention, among many other major events. Crisafulli said that one reason for the organization’s success is that the leadership team embraces a consulting mindset. For example, unlike many of its competitors, BTS does not have a set menu list that clients choose from. Instead, the company offers multiple options tailored to the type of event. In addition, the organization’s clients are able to see exactly how the costs are put together through the company’s open book of revenues and expenses, which provides its clients with a sense of comfort and trust.

When the recession hit, Crisafulli resisted the conventional wisdom, which was to cut prices. Instead, he offered value-added services to the company’s customers. The result was that BTS emerged from the economic doldrums in much better shape than many of its competitors.

Crisafulli believes that logistics constitutes 95 percent of the work in the catering business. He says that BTS is especially strong in this area. He added that one of the most important keys to success is the ability to identify and retain talented individuals. This can be seen in the fact that one of the company’s executive chefs started with the organization as a dishwasher. Crisafulli said cultivating employees often means moving them from division to division or from project to project, to keep their work exciting.