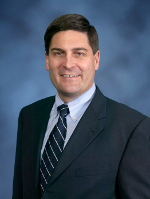 During one two-month period in the history of Cadence Pharmaceuticals, the company more than quadrupled the number of its employees, ballooning from 60 people to 270 staff members. It was a vivid display of the organization’s rapid growth and success under Ted Schroeder, who founded the company in 2004 and is its CEO.

Instead, Cadence Pharmaceuticals finds high-potential yet undervalued pharmaceutical assets that target the underserved hospital market. It then acquires and develops those products, and it brings them to market, where it licenses them. To complete the process, the company recruits well-respected hospital sales representatives and managers from leading pharmaceutical companies. As a result, it has built perhaps the most experienced hospital sales force in the nation.

Schroeder said that although more than 5,000 hospitals dot the United States, it remains a specialized market, allowing smaller companies such as Cadence to battle far larger competitors on a level playing field. He added that Cadence Pharmaceuticals benefits from its strategy of looking at the hospital as a channel of distribution, rather than focusing on a specific disease or treatment.

Schroeder’s goal for the company is to be the leading hospital-focused organization in America.