Transition to mandatory health insurance could be messy, experts say

Many people will still remain uninsured after Jan. deadline 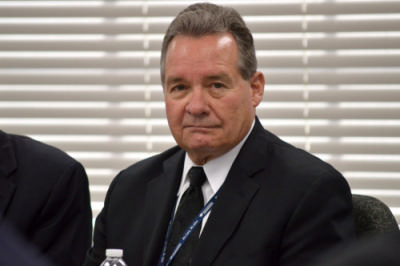 With scarcely more than six months before the Obama administration’s mandatory health insurance plan takes effect, executives at local health care and nonprofits warn that there will be large numbers of people who will remain uninsured during the transition, and there could be major gaps in coverage even after the system is up and running.

Speaking at a Daily Transcript roundtable sponsored by McKinney Advisory Group, the executives cited a number of steps that could help pave over some problem areas, such as putting more emphasis on preventive health care, new medical technologies and better coordination between hospitals, clinics and nonprofits.

Even so, there will likely still be a few large hiccups during the transition, they said.

“In any 2,500-page document like the Affordable Care Act, there are going to be issues,” said Gary Rotto, director of health policy and strategic communications at the Council of Community Clinics.

Under the Affordable Care Act or ACA -- the official name for what’s popularly known as Obamacare -- all Americans will be required to have some form of health insurance by Jan. 1, whether through employer-provided coverage, self-insurance or government-provided plans like Medicare or Medi-Cal.

In addition, all businesses with more than 50 full-time workers will be required to provide minimum essential coverage.

An estimated 85 percent of Americans are already covered. But large numbers are not, including an estimated 6 million in California.

Over the next 18 months, Covered California -- the state agency in charge of implementing health care reform -- will be conducting outreach efforts to bring as many people into the fold as possible.

But large numbers of people -- including healthy young people who don’t see an immediate need for insurance -- may still opt out, choosing to pay a relatively light fine, estimated at around $400 for a worker making San Diego’s median income of $50,600.

In addition, Rotto said, there may be temporary gaps for certain people, such as workers who have left a job to start up as an entrepreneur or people who have moved from one job to another between the open enrollment periods.

There are also people who simply don’t know about the program. A recent poll by the Kaiser Health Foundation found that 43 percent of respondents did not know that the ACA is about to take effect. Over the next 18 months, Covered California will be conducting outreach programs throughout the state to bring everyone into the fold.

But even after people buy insurance, there may be major gaps in coverage -- for instance, among people who buy the sheer minimum of insurance but who then incur unexpectedly large medical expenses.

Because there are legal restrictions preventing hospitals and clinics from helping patients find insurance, nonprofits can play a role in the looking out for people whose needs aren’t being covered, said Nancy Sasaki, executive director of San Diego’s Alliance Healthcare Foundation. Sasaki said all nonprofits should be asking themselves: “What are our responsibilities to help close the gaps?”

In the meantime, the ACA is already having an effect on local health care providers. Forty percent of the cost savings in the act are projected to come from trims of Medicare reimbursements, meaning less cash for hospitals and clinics.

Those cuts in reimbursements are supposed to be counterbalanced by an uptick in insurance payments, when uninsured patients obtain a health care plan. But even though that uptick won’t occur until after January, the Medicare cutbacks are already occurring, prompting health care providers to trim their expenses. In San Diego County, an estimated 500 clinic workers were laid off in the past month alone.

“Right now, hospitals are struggling with the front-end of Obamacare,” said Larry Anderson, CEO of Tri-City Medical Center in Oceanside. “If the system works, next year will be better for us as we start getting paid for through insurance plans. And if we get enough people signed up [for insurance], California will clearly be a model state for the new system, although I don’t think it will be a windfall for hospitals.”

Sasaki stressed that this is just the beginning of the process. “This is a baby step in making health reforms happen,” she said. “By far, it’s not the total answer.”