By Bonnie Nicholls, Special to The Daily Transcript
Friday, July 5, 2013 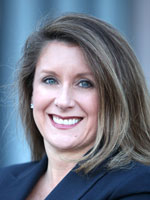 When Laura Semmler first started working in hospice on a 13-week assignment, she did so kicking and screaming. Five weeks later, she was begging to stay.

What made her change her mind? “I absolutely fell in love with hospice,” she said.

Now she brings that passion to Mission Hospice, a service line for San Diego County residents introduced in March by Mission Healthcare, where she is the new executive director.

Hospice care is designed for patients with six months or fewer to live who want to be comfortable in their final days and have their wishes carried out, Semmler said. “A lot of people think of hospice as a place, but it’s really not a place. It’s really more of a service and benefit,” she said.

To that end, Mission Hospice offers hospice care at home, in skilled nursing facilities, and in assisted-living board and care. However, only 5 percent of hospice patients receive hospice care outside of the home.

Mission Healthcare always knew it wanted a hospice service line because it is a good way to transition care between services while offering the same values and care standards to the patient, Semmler said.

“We find with home health that sometimes patients don’t continue to get better, and they’re not able to just make the gains that are needed in home health, and actually they have some terminal diagnoses that make them more appropriate for hospice,” she said.

Likewise, patients who use the hospice service and improve may be able to end hospice care, but still might need home health care.

Semmler’s personal transformation to hospice advocate took place when she worked at San Diego Hospice, first as a case manager and then as a manager leading a team.

“There is truly a difference between a good death and a bad death,” she said, explaining that a good death is a well-palliated patient who is breathing peacefully, surrounded by family.

Unfortunately, nationwide, a third of patients die within a week of receiving hospice care, Semmler said, which means that a patient has probably gone through months of suffering before hospice. It’s not only the physical pain that could have been alleviated, but also the psychological pain.

When symptoms are under control, the patient may ask for or extend forgiveness to family members and even make new memories in those final days.

Semmler said her own parents, who died 43 days apart 12 years ago, could have benefited from hospice, but at the time, she would have been opposed to it out of ignorance, because she thought hospice meant giving up. “And what I came to realize is you can fight in hospice too. You don’t have to throw the towel in.”

“Hospice doesn’t change the number of days you have on this earth,” she added. “It just makes them look how you want them to look.”

As the new executive director, she has set her short-term goals on building her leadership team, her team of clinicians (many of whom she hired from San Diego Hospice), and increasing the number of patients. Her long-term plan includes expanding Mission Hospice into another county.

She also wants to help educate the public on hospice. The news earlier this year about San Diego Hospice, which was bought by Scripps Health after running into financial trouble, may actually help. “Of course, it’s just devastating and sad that San Diego Hospice is gone, because they did some amazingly remarkable work in the many years they were there,” she said. “But whether it’s negative press or positive press, at least people are talking about hospice more.”

The scrutiny that San Diego Hospice received by Medicare may also benefit the hospice industry. “It’s just forced people to take a really serious look at how they document and how they ascertain eligibility,” Semmler said.

Mission Hospice has 35 employees and has cared for 60 patients since opening in March; it is accredited by the Community Health Accreditation Program.