The American Institute of Architects San Diego Chapter announced Monday the recipients of 20 design awards. The annual Design Awards, now in its 45th year, recognize outstanding architecture in an attempt to elevate the standards of good design, as well as to inspire, educate and influence the architectural community.

The recipients of the awards were selected by a three-person jury consisting of Michael Folonis, AIA of Michael W. Folonis, AIA and Associates; Lawrence Scarpa, AIA of Pugh &Scarpa and Ralph Johnson, FAIA of Perkins&Will. Of the 83 submissions, the judges selected recipients of awards in five categories: energy efficiency integration, divine detail, citation, merit and honor. 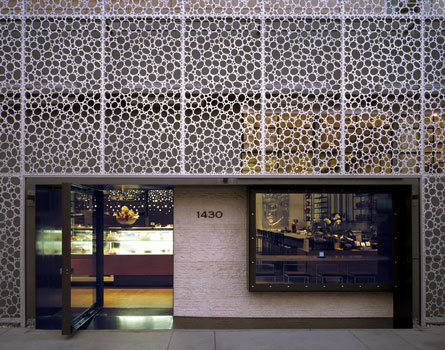 Energy efficiency integration recognizes visionary effort required to integrate energy saving into architectural design. The lone recipient of this award was the Strawberry Stand Wetlands Learning Center, located in San Diego, architect Rinehart Herbst. The learning center’s original walls and roof have been unsheathed and extended to form the shell. The foundation, employing steel helical piers to stabilize and lift the floating wood foundation beams, is designed for removal. According to the judges, the center received the award because it uses recycled materials for the structure, requires no energy and is an example of doing more with less.

Divine detail recognizes isolated architectural details worthy of consideration all by themselves for their ingenious or graceful elements. The recipients of the award were Cardiff House, Nissan Design America and Extraordinary Desserts. The architect for all these projects was LUCE et Studio.

Cardiff House is a remodeled house, which received the award based on the design elements and execution of the project. Nissan Design, in Michigan, is an automotive styling studio. It received an award because the judges said, “it was a rare treat to see this level of detail and material quality in a commercial/institutional project.” Extraordinary Desserts, in downtown San Diego, is an Art Deco building that was transformed into a glass, steel, aluminum and wood abstract. The judges said it was a masterful architectural accomplishment.

2-Inns, architect, MS-31, offers an unobstructed open ground plane, which can be enclosed by full height glass panels that can be removed and hidden in storage. K Lofts, architect Jonathan Segal, is a mixed-use, low-income project. The judges said, “This is a wonderful example of affordable housing that doesn’t have to look like affordable housing.” Cannery Lofts, architect TannerHecht Architects, is a 22-resident neighborhood with ground floor retail spaces and outdoor terraces that take advantage of the coastal climate. The Titan, architect Jonathan Segal, is a mixed-use project in which “the massing and scale felt very appropriate,” according to the judges. East Village Charrette, architect public, encompasses portions of 12 square blocks near the college districts intended to test portions of the Community Plan. The judges “felt this is the right model for how the city should be developing.” Lastly the Union, architect Jonathan Segal, is a mixed-use, rehabilitation, low-income project.

Echelon, architect Salerno Livingston, “mediates the scale of smaller buildings that have been removed downtown. It feels like a small building even though it’s quite dense,” the judges said. Lee Residence, architect public, is a one-story house that was remodeled, while at the same time preserving a tree whose root system went underneath the house. Valle House, architect MS-31, is a villa in the middle of a vineyard. Livable Places Housing and Urban Study, architect Smith & Others, is made up of individual projects surrounding community garages and parks. 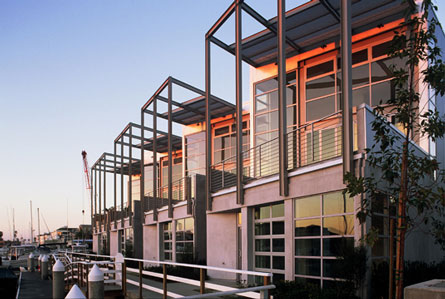 Price Center Expansion, architect Yazdani Studio of Cannon Design, “reverses the trend of building as object. Instead of a large block building with a single plaza that obstructs pedestrian traffic, there is a sense of place making with remarkable attention to how the architecture embraces the natural traffic flow across campus,” the judges said. The Prospect, architect Jonathan Segal, is reminiscent of early California modernist in that every interior space was connected to an exterior one.

The awards were presented May 7 at the Salk Institute for Biological Studies in La Jolla.