Research at the intersection of neuroscience, architecture 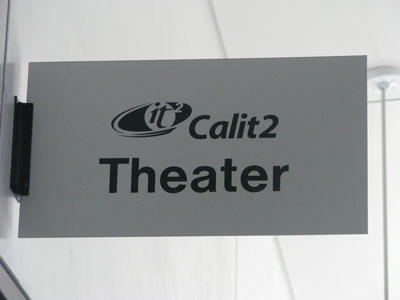 A virtual reality system that can be used with lightweight, wireless brain monitors to learn how the brain navigates and responds to spatial cues, may help design senior care centers better suited to how older people navigate, according to the spatial and navigational cues that work best later in life.

Eduardo Macagno, distinguished professor in biological sciences at the University of California, San Diego and former president of the Academy of Neuroscience for Architecture, has focused his research on finding solutions at the intersection of neuroscience and architecture.

“The more we understand about how the brain works and how you can affect the responses of the brain, the more you can apply these ideas to something that is very important to us, and that is the built environment in which we live, in which we work and in particular, in which we age,” said Macagno, who has been working with UCSD’s new Center on Healthy Aging and Senior Care.

“What we want to do is really prepare for tomorrow’s society,” said Dilip Jeste, the first associate dean and director of the center, which launched in May.

“As we all know, the number of older people is increasing dramatically — there are something like 40 million Americans over 65 today, and there will be 70 million just by 2030 — and society’s really not prepared for helping the seniors.”

Macagno is particularly interested in navigation, or wayfinding, because visuo-spatial cognition is one of the abilities that deteriorate with age; people become less capable of creating and using spatial memories to return to a particular place.

He said architects don’t typically design buildings with older people in mind, and instead focus on the wants and needs of healthy 20- to 40-year-olds.

While this can be a problem for people younger or older than that target age, it’s particularly difficult for older people with mild cognitive impairment (MCI) such as Alzheimer’s or dementia, whose ability to navigate and form long-term spatial memories is even weaker.

“That’s one of the most heart-wrenching things, when you bring a person with middle-stage Alzheimer’s into a facility where they don’t know where they are,” said Macagno, whose mother died of the disease.

“They cannot create the map — or at least we think they can’t create a map. I have an idea that actually we could help them. … I would propose that one of the things that we can do is see if we can enhance their ability to relate to the environment through procedural memory.”

The virtual-reality system in Macagno’s lab at Calit2 — the UCSD-Qualcomm partnership — allows users to experience large-scale objects, such as a building or bridge, as well as minute structures down to a molecule.

Macagno said the benefit of this large system with human dimensions, as opposed to an Occulus Rift-type system with glasses, is that participants in this virtual reality are still able to see themselves, which is not possible with the glasses and can be distorting, particularly when trying to navigate.

Macagno and students in his lab have developed a navigational test system within the virtual space, adding guidance cues and changing some aspects of the room, such as the color of the walls or the objects on them, and watching how participants navigate, using a steering wheel to get to a desired spot in the room.

Using the brain-monitoring device, the researchers can get quantitative data on how the user went about the task, how long it took and which cues — such as a certain colored door or signage — were helpful or not.

“That data can be quantified as a function of training events — so we can train a person by doing the same thing several times and I can look at what they’re doing and take all the various paths that person took learning to get to a particular spot and get the information,” Macagno said.

“Then we can see the strategy they used and how well they learned and how capable they were of getting to a particular spot.”

In addition to learning which cues are universal or best-suited for certain ages and taking that into consideration for senior care facilities, Macagno outlined a host of other uses for this technology and system.

He said administering the test could help diagnose the cognitive stage of a patient with MCI, and could be used to monitor the effectiveness of treatments and drugs in a non-invasive and relatively cheap manner: Does their ability to navigate to a set spot improve after medication?

Macagno also says it would be possible to train people experiencing MCI events to improve their procedural memory.

Other experiments of this system and technology include the ability to taper out certain layers of sound to improve communication and patient experience in a hospital, for example, and to incorporate touch and texture into the navigational system, because that plays a particularly important role for seniors in built spaces when it comes to falling.